Astronomers want to deploy 5,000 tiny robots to help build a 3D map of the universe 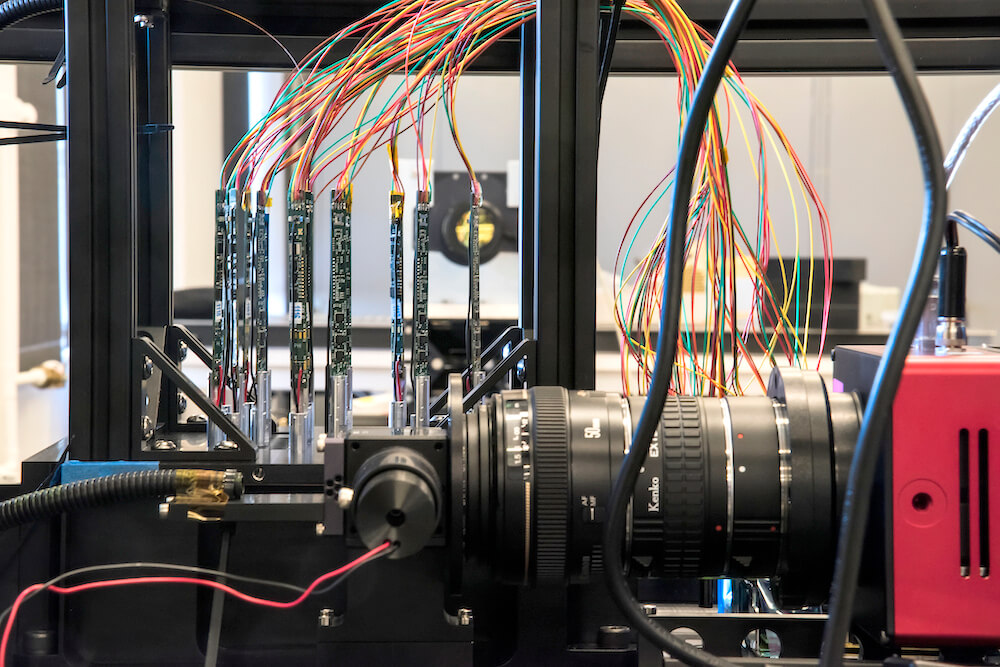 The Department of Energy’s Lawrence Berkeley National Laboratory’s has designed an astronomy system calling for an array of 5,000 robots intended to seek out new galaxies and build a massive 3D map of the universe.

Named DESI (Dark Energy Spectroscopic Instrument), the eventual project is hoped to transform our understanding of dark matter and our own galaxy.

“DESI will enable us to measure the distance of up to 40 million galaxies over 5 years,” Parker Fagrelius, who is managing the project at Berkeley Lab, tells Digital Trends. “[It] will let us create a 3D map of the large scale structure up to a redshift of 1.7 … This data will help us understand how the universe has changed over time and help us better understand — or constrain — dark energy.”

In the meantime what has been created is a prototype called ProtoDESI, based around a 10-robot system, which will be installed on the Mayall Telescope at Arizona’s Kitt Peak National Observatory this August and September. These cylindrical robots boast fibre-optic cables 107 millionths of a meter in width, which they’ll be able to aim at specific points in the sky to capture light from distant celestial bodies, including stars, quasars, and — most significantly — distant galaxies.

“The robot can move to any point within a 6-mm radius circle using two actuators,” says Fagrelius. “The robotic positioners are packed closely enough to each other that they can put the 5,000 fiber optics at any point on the focal plate. This means that you can reconfigure the focal plate to look at 5,000 new objects in the sky by just sending commands to the robots. There is sophisticated software that translates between RA/DEC locations of objects on the sky and X,Y positions on the focal plate.”